Late on Thursday (or was it a very early Friday?) I was surprised to find a mention to the @AwfulGiraffes  twitter account (a mention and its context now lost to my ignorance of the site’s functions) from @SFriedScientist from SouthernFriedScience.com, a science blog run by three Carolinian graduate students with an interest in marine biology. Thinking it may be a long shot, I figured I’d extend an invitation to him to contribute to the website. It didn’t take long to get the following reply:

Shortly thereafter I received this – what I can only perceive to be a threat: 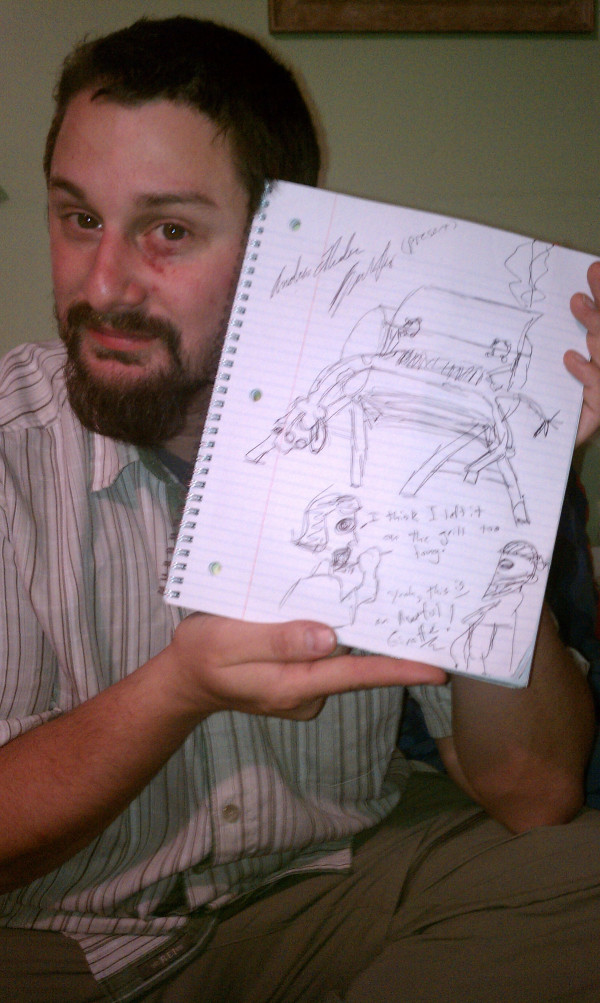 I am sick and tired of people portraying scenes of giraffes being mercilessly slaughtered. No one would like to see a dead giraffe. Even more so, no one wants to see someone eating said dead giraffe. Whether one is T.C. Boyle, a mammoth excavator [giraffe still to come] or a someone who studies “population structure and connectivity of deep-sea hydrothermal vent endemic invertebrates in the Western Pacific,”  it’s still tasteless.

Dear readers, as you may already be well aware, I am not someone one could call a “scientist.” Sure, I know what you’re thinking, my literate internet pal: “But you’re a political scientist and you’re a part time lecturer on theoretical physics!” And you’re absolutely right, friend, but my biologicy background extends as far as reading Richard Dawkins’ The Greatest Show on Earth (2009) and a score of 1 on an high school AP exam. The reason why I am saying all of this is because I would like to believe that I am someone who should not be drawing snarky cartoons regarding esoteric divisions of biology that are way over my head: 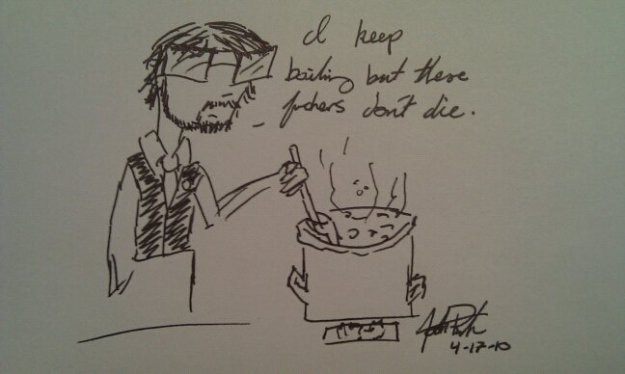 "I keep boiling but these fuckers dont die."

Assuming every picture I found on Google (“Hydorthermal Vent Animals” to be an actual hydrothermal vent animal (including the Cyclops Kitten and James Cameron), I can only extend, on behalf of the world, a sincere thanks to SFriedScientist for holding back from the public’s eye the creatures perhaps best confined to an H.P. Lovecraft tale. (But not too much thanks since you totally – to the misfortune of all – failed on the James Cameron front).