Kevin Sorbo (web|wiki) is an actor, writer, and the nicest Greek God I’ve ever met. Born in Mound, MN, he attended Minnesota State University Moorhead before he realized he could do literally anything else – and so he went west. There he became famous for the title role in Hercules: The Legendary Journey (’95-’99) and, later, as … someone… in Andromeda (’00-’05).

When I met Mr. Sorbo at the 2011 Twin Cities Book Festival speaking about his memoir True Strength, I’ll admit that I expected the worst. Even as an outsider I knew him only as “Hercules” and presumed he, like a long list of others in similar positions, would actively distance himself from the role(s) that made him famous. Oh was I wrong. Leaning on the podium, unscripted, Mr. Sorbo casually chatted with the audience, gladly answering the questions fired at him ranging from “What was it like to have a stroke – and how did it affect your sex life?” to “Tell us about Kull the Conquerer”, which isn’t even a question.

I can only imagine what kind of questions he gets at conventions. 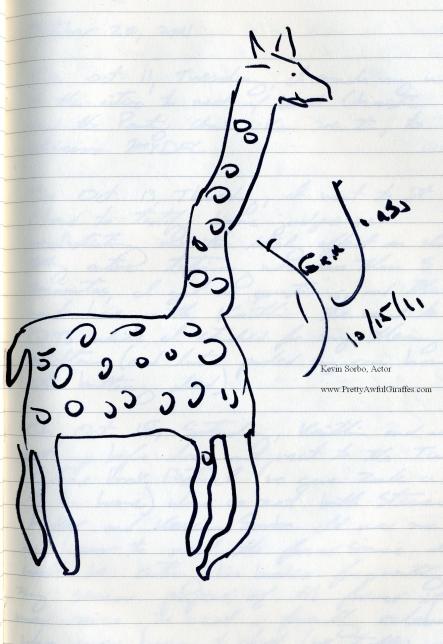 Why this giraffe has a water hose for a leg, I don’t know. (I’ll let this modulation slide, though, since Mr. Sorbo is such a nice guy).